All beta-glucans are believed to possess a wide spectrum of therapeutic and prophylactic potential, however, recent findings indicate that their properties largely depend on their origin and structure.Cereal β-glucans having a β-1,3 and 1,4 linkages are beneficial for reducing hyperglycaemia and hyperinsulinaemia; they reduce blood cholesterol and the risk of diseases associated with obesity such as hyperlipidaemia, hypercholesterolaemia, cardiovascular diseases, cancer, hypertension, and promote the growth of beneficial intestinal microflora (as a prebiotic).In the gastrointestinal tract, the stomach and small intestine, β-glucans do not undergo enzymatic degradation, but a mucilaginous protective layer is formed which delays the hydrolysis of starch and the absorption of glucose.They also cause the sense of satiety, while having protective benefits if there are gastrointestinal disorders present.The obtained mucus protects the mucous membrane from irritation and bacterial infections.

“Lowering cholesterol by 1% can minimize the risk of coronary heart disease by 2-3 times.”

It can be concluded that beta-glucan impedes the synthesis and absorption of cholesterol and fats, by reducing the quantity of assimilated glucose and delaying the sugar peak. Beta-glucans effectively reduce the caloric content and glycemic index of the meal. A very valuable characteristic of the beta-glucan derived from oats is its prebiotic properties. Beta-glucan is a medium for probiotic bacteria, which cause its partial degradation in the large intestine. In the process of disintegration, certain organic acids are formed, such as: acetone butanoic (butyric acid) and propionic acid (etanol carboxylic acid) which are very important for the proper functioning of the colon. Propionic acid has anti-inflammatory, analgesic and anti-mould properties whereas butyric acid stimulates the immune system of the large intestine and inhibits the growth of carcinogenic bacteria. Beta-glucan reduces the ‘bad’ LDL cholesterol levels, which translates into tangible health benefits. Lowering LDL cholesterol levels by 5-12%, and in people with high levels of LDL cholesterol by up to 20%, can positively influence the proper functioning of the heart and circulation. In one of the clinical trials, people with elevated cholesterol were given a drink with 5 g or 10 g of beta-glucan from oats or barley for 5 consecutive weeks. The levels of lipid, lipoprotein, insulin and glucose in the blood were controlled. It has been found that the consumption of 5 g of beta-glucan from oats improved glucose and lipid metabolism, with no significant effects in the case of the beta-glucan derived from barley. 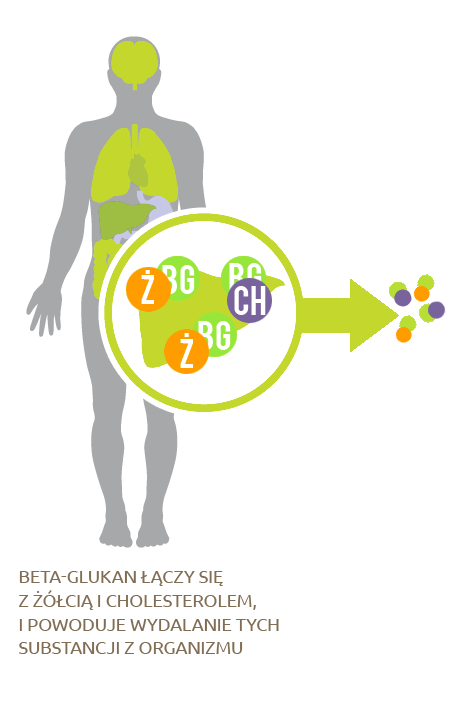 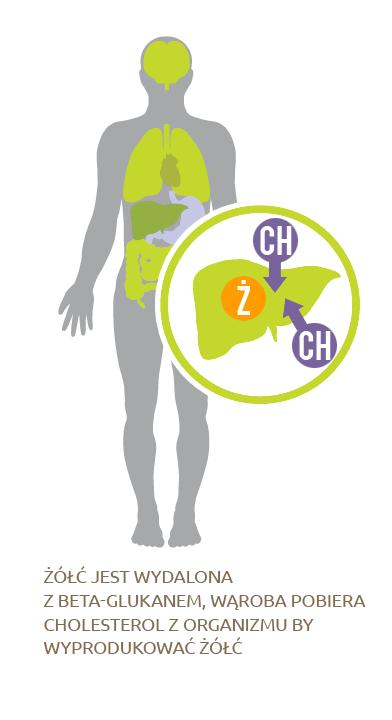 Glucans that do not undergo an enzymatic degradation form a protective mucous layer which delays hydrolysis of starch and the absorption of glucose, reduces the amount of assimilated glucose and also delays the appearance of the sugar peak. It reduces the effective calorific value and the glycemic index of the meal.

Beta-glucans are also used to control glycemic value (blood sugar concentration), which is used in the prophylaxis and treatment of diabetes. It happens because they reduce the glycemic and insulin response of the body after a meal (ie. an increase in blood sugar and insulin – a hormone lowering its concentration). This mechanism helps to avoid large fluctuations in blood sugar, which are particularly dangerous in this disease.

Some research reports that the consumption of beta-glucans improves carbohydrate metabolism to such an extent that it reduces the need for drug therapy. 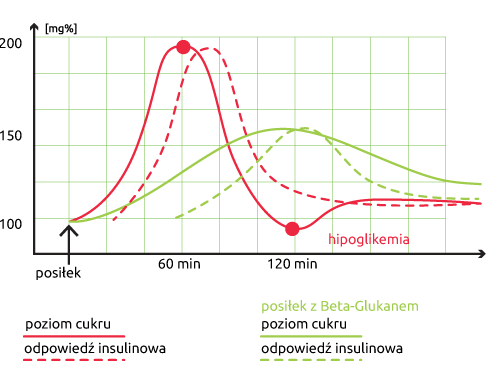 Fibre consumed in a diet is rich in soluble fractions (betaglucans-glucans) and despite increasing the volume of food, it does not increase its energy value. At the same time, it acts as a filler of gastrointestinal tract which helps satisfy cravings and prolongs satiety

It was agreed that a daily intake of as little as 3 grams of beta-glucans offers beneficial effects (recommendations FDA – Food and Drug Administration).

OTHER HEALTH BENEFITS OF BETA-GLUCAN

Soluble and insoluble fibre have the ability to bind heavy metal ions (lead, cadmium, mercury) and other toxic compounds (e.g.. plant protection products), due to their ion-exchange capacity of free carboxylic groups. It prevents their absorption into the intestine by binding and removing them with faeces.

One of the very valuable characteristics of the beta-glucan derived from oats is its prebiotic properties. Beta-glucan is a medium for probiotic bacteria, which cause its partial degradation in the large intestine.

Diseases of the digestive system

Other functions of beta-glucan are its beneficial effects on some diseases of the gastrointestinal tract such as inflammation of the gastric mucosa and intestines, mitigation of peptic ulcer and adverse effects of diarrhoea.

Simultaneously lowers blood pressure and reduces the risk of deforming blood vessels by atherosclerotic plaque which, under the influence of higher pressure, would become brittle and less flexible. Thus resulting in circulatory diseases, eg. heart attack, embolism or stroke.

It was also found that the use of beta-glucan plays an important role in accelerating healing processes. Gel dressing is used as a temporary treatment of wounds resulting from burning. The dressing combines the beta-glucan and collagen in its reticular structure which stimulates macrophages. Beta-glucan significantly reduces pain, and improves the healing and scarring process. Most wounds heal with excellent cosmetic effects which reduces patients’ need for painkillers.

Prevents the development of cancer

Lactic acid is formed as a result pf fermentation; it is a good substrate for the colonic epithelium and prevents it from turning into cancer cells. Fibre also prevents the growth of spoilage bacteria, of which the enzymes have the ability to foster the development of cancer and formation of cancer-causing nitrosamines. It prevents the formation of toxic bacteria metabolites in the intestine thus contributing to inhibiting the development of colon cancer. It has the ability to bind and excrete carcinogens.

The fibre has a significant water binding capacity, which increases the volume of fecal matter and accelerates the elimination of undigested debris.This facilitates a regular bowel movement. Foods containing a lot of fibre help prevent constipation and pain associated with haemorrhoids, because it increases the water content in the stool, which can be more easily expelled from the body.

The soluble fraction slows down passage of chyme from the stomach into the intestines by forming gels. It coats and penetrates the intestinal mucosa, by behaving as a liquid bandage, and at the same time slows down and blocks the absorption process.

The high buffering capacity of fibre consisting of the binding of excess hydrochloric acid and lowering the pH of gastric contents, protects mucous membranes.

Soluble fibre is not digested in the gastrointestinal tract and reaches the colon unaltered. It is then fermented in the colon under the influence of bifidobacteria. The bacterial breakdown of the fibres forms, amongst others, the short-chain volatile fatty acids i.e.: acetic, propionic, butyric and lactic acid, which increase the biomass of beneficial microflora. Through the formation of short-chain fatty acids and during the fermentation process, the pH of colon contents is lowered, thereby creating better conditions for the development of probiotic microorganisms and reducing the development of the pathogenic and spoilage bacteria. 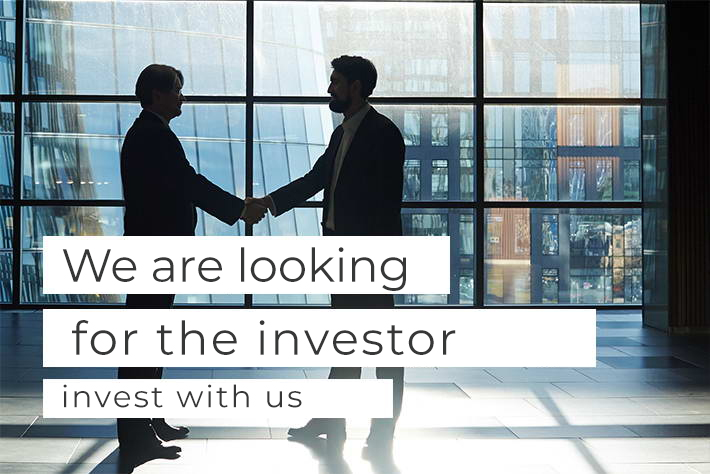